Yet their roots to the music that Jerry and the Dead fostered is palpable.  Dirty Dead's performances strive for the same energy of improvisation to 'bring out their dead' vibe.

The band is becoming known for its open, GD family vibe.  They frequently welcome awesome talent to the stage to join the band for their epic sets.  Since their first performance in September of 2016, the group has built a strong following.

The band has also toured the Carolina Beach NC region in 2021 and 2022, and Folly Beach in 2018 and 2019.  They also frequently appear in Greenville SC, Knoxville TN and Johnson City TN and all points between.

Asheville NC's DIRTY DEAD are literally on fire. With high-energy, modern interpretations of the classic GD/JGB catalog, DIRTY DEAD are calling the music higher and further than in a long time! With an eclectic mix of players from various styles of music -- as the Grateful Dead were --something new, fresh and exciting is happening. Psychedelia, reggae, funk and hip-hop in a Grateful Dead song? OK, got to see this!

THE SOUND grew out of guitarist / flautist PAUL DRUM DECIRCE's feeling the urge for the Dead sound to evolve further -- further than trying to imitate or even emulate the great bands accomplishments. GRATEFUL DEAD played at the foot of the pyramids and JERRY GARCIA rocked for thirty years ... no need to try and copy that. INSTEAD, the band simply lead their individual styles to a mash up...and the result quite simply is ... DIRTY!

FUN, HI-ENERGY interpretations are the result and since their first gig in September of '16, DD fans have been supporting and pushing this unique sound. DIRTY DEAD was formed by PAUL DRUM DECIRCE, a well known flautist/guitarist in the WNC music scene. Paul has been called "the pied piper of Asheville" (Mountain Xpress), and was the founding member of PEACE JONES. He has worked extensively with THE SCREAMING J'S, YESS-I, JARVIS JENKINS and many others.

COME GET DIRTY with us at our next show! Meet the band, hear samples, shop merch and more at www.dirtydeadband.com 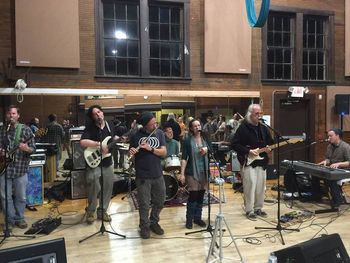 Paul from DD on flute with Phuncle Sam 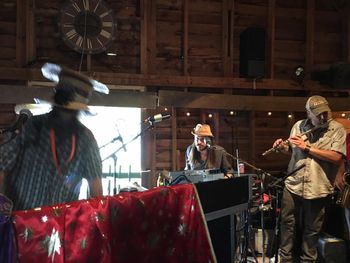 Paul from DD on flute with The Screaming J's, Leaf '16 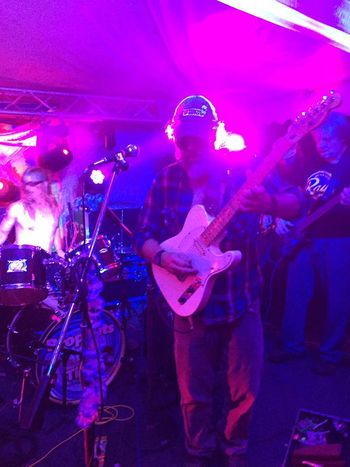 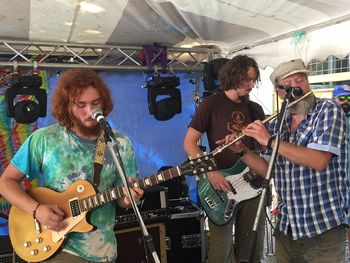 Paul from DD on flute with Freeway Revival 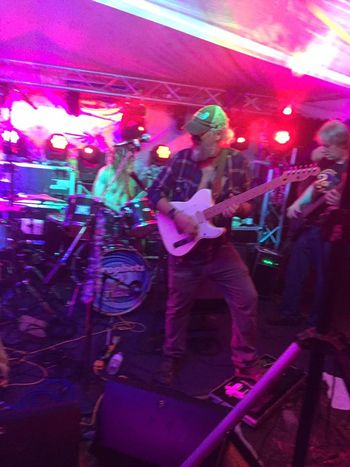 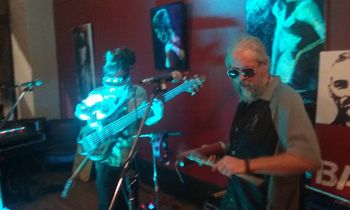 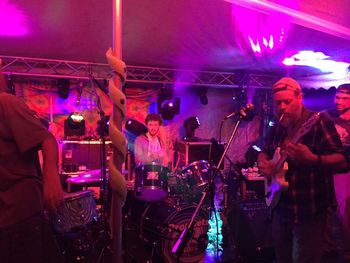 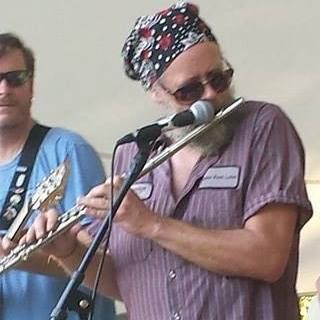 Paul and Stymie from Phuncle Sam 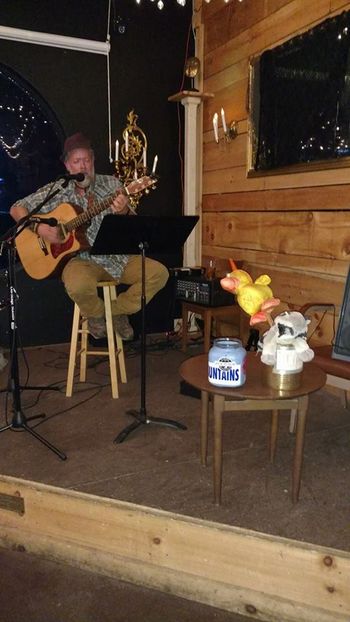 Paul with the Dirty Duck solo in Fairview NC 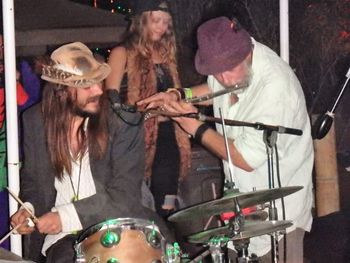 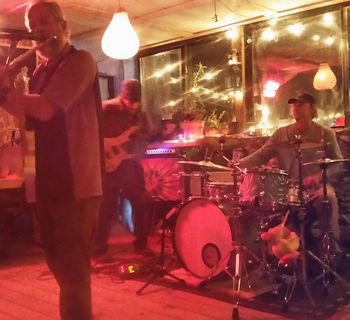 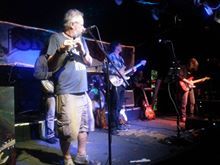 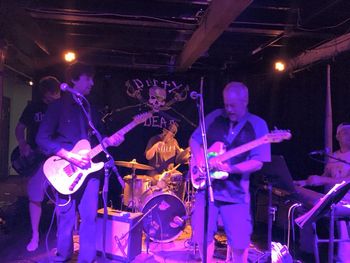 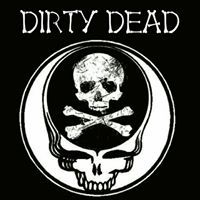 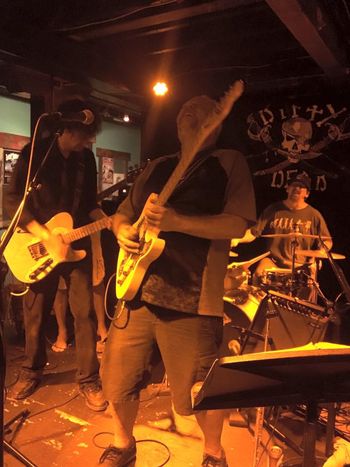 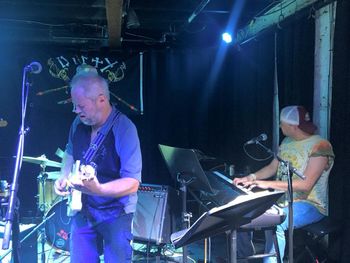 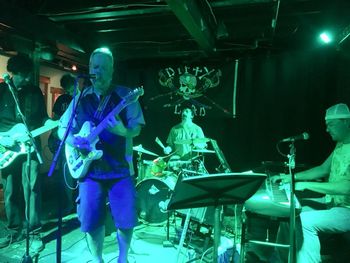 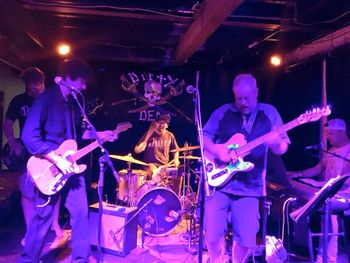 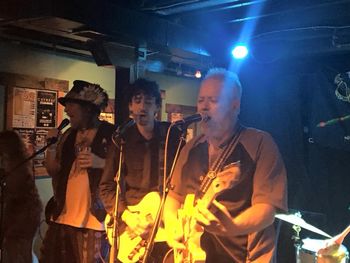 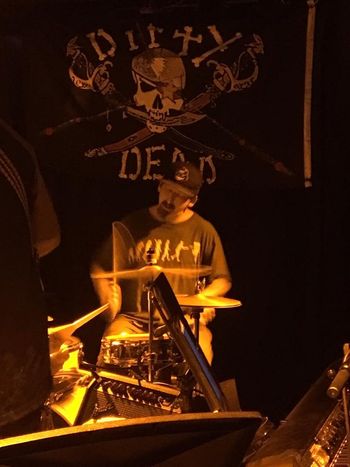 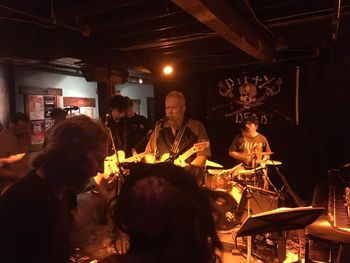 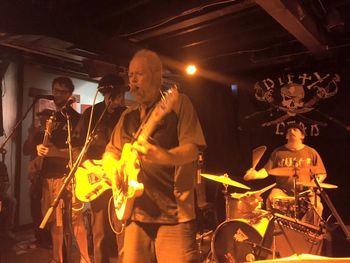 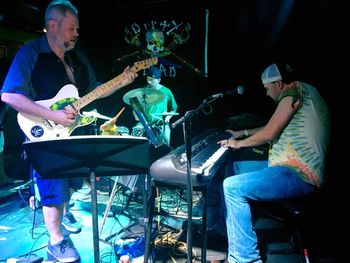